Climate change deniers are personally attacking a sixteen year old girl with autism because they fear that people will listen to her. I’m not going to say a lot about it, but rather just direct you to the full article. Here are a few examples of the kinds of things they’re saying about her.

… claim she is used by her parents and compare her call to young people on climate change to “Hitler Youth.”

[her] public speeches were written for her, that she was a “puppet” and that she was unable to answer questions in interviews because her ideas were not her own.

She’s ignorant, maniacal and is being mercilessly manipulated by adult climate bedwetters funded by Putin.

She’ll get a Nobel Prize and a wanna-be Ph.d. from Harvard. For being autistic and not going to school.

There’s more. Lots more. It seems as if they’re competing to see who can craft the cleverest insult. I guess they don’t realize how desperate it makes them look. I suppose that’s not surprising. Go check out the article at E&E News, if you think you can stomach it.

People Who Know the Least Think They Know the Most

The Edmonton Journal has an article about an inverse correlation between how much a person knows and how much they think they know.

People often suffer from an ‘illusion of knowledge,’ write the authors of a new study that finds that people who hold the most extreme views about genetically modified foods know the least.

“The less people know,” the authors conclude, “the more opposed they are to the scientific consensus.”

The problem is similar to the Dunning-Kruger effect: The less competent a person is at something, the smarter they think they are.

“Extremists have this characteristic of being much worse than the other people at evaluating how much they know.”

The answer would seem to be education, but …
Sometimes it backfires, and people double down on their “counter-scientific consensus attitudes.”

You should see the comments.

Peter Lawless
A big whitewash not so much for science, but for the GMO’s! The thing here is that these “scientists ” and “experts” either get it totally wrong through genuine ignorance, or make it so by lying for corrupt reasons like being in the pay of big corporations.

Wayne Alan
Did you read the article?

Wendy Dann
This is a TERRIBLE INSULTING ARICLE. It began with a discussion about the GMO debate and then it went on insulted people about everything.

John Brookes
How is this insulting? It just says that people who don’t know anything think that they do.

The scientists are going to test their findings in other areas, such as vaccinations and homeopathy. I’ll go out on a limb and predict that the results will be very similar to this study of attitudes toward genetically modified foods. Do you think I’m cynical?

via People with extreme anti-science views know the least, but think they know the most: study | Edmonton Journal

What Emotion is That? 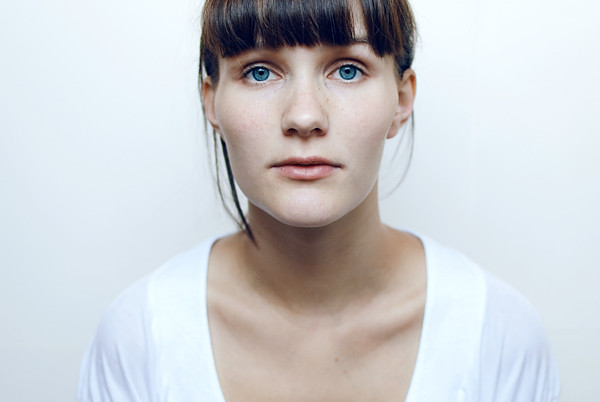 You don’t have to be a psychopath or a sociopath to have trouble feeling or identifying your emotions. You could have a recently identified condition called alexithymia, literally, “no words for emotion.” A person with alexithymia isn’t necessarily incapable of naming emotions, but they likely have a very unsubtle sense of what emotion they are feeling. They might interpret the increased heart rate of excitement as fear, for instance. It’s easy to see that such confusion about whether or what one is feeling can lead to many problems with relationships.

Despite the name, the real problem for people with alexithymia isn’t so much that they have no words for their emotions, but that they lack the emotions themselves. Still, not everyone with the condition has the same experiences. Some have gaps and distortions in the typical emotional repertoire. Some realise they’re feeling an emotion, but don’t know which, while others confuse signs of certain emotions for something else – perhaps interpreting butterflies in the stomach as hunger pangs.

In one of his first studies in this field, [Geoff Bird, a professor of psychology at the University of Oxford] linked alexithymia, as measured with a 20-item checklist developed at the University of Toronto, with a lack of empathy. If you can’t feel your own emotions in the typical way, it makes sense that you can’t identify with those of others, either.

“… for a few of our really alexithymic people, while they can tell a smile and a frown apart, they have no idea what they are. That is really quite strange.”

For Rebecca Brewer, a former student of Bird’s and now a lecturer at Royal Holloway, University of London, this makes sense. “With alexithymia, people often know that they are experiencing an emotion but don’t know which emotion it is,” she explains.

Some studies indicate that the inability to detect what is going on within one’s own body has a strong correlation with the condition of alexithymia.

The ability to detect changes inside the body – everything from a racing heart to a diversion of blood flow, from a full bladder to a distension of the lungs – is known as interoception. It’s your perception of your own internal state.

In 2016, Bird and Brewer, along with Richard Cook at City University in London, published a research paper that characterised alexithymia as a “generalised deficit of interoception”.

Geoff Bird wants to look at the idea that there are two different types of alexithymia. People with one type don’t produce enough of the bodily signals necessary for the experience of an emotion, so would be unlikely to benefit from the Sussex group’s kind of training. People with the other type produce all kinds of bodily sensations but their brains don’t process these signals in the typical way.

Bird stresses that, although people with alexithymia struggle to understand emotion, that doesn’t mean they don’t care about other people. “For the most part, individuals with alexithymia can recognise that others are in a negative state, and this makes them distressed. The problem is that they can’t work out what the other person is feeling, and what they are feeling, and therefore how to make the other person feel better or how to reduce their own distress. I think that’s important because alexithymia is different from psychopathy in that respect.”

It would be a terrible thing if the only emotions you could feel were fear, anger and confusion. Getting the diagnosis of alexithymia and some techniques and exercises to deal with it could make a big difference in a person’s life, and the lives of those around them.

Researchers have found evidence of a link between living in a polluted megacity and developing Alzheimer’s. (Read my previous Alzheimer Disease posts, one with a correlation to a cynical, distrustful nature, and one looking at the syndrome’s roots early in life.) Autopsies on over 200 people showed signs of the disease in its early stages in individuals less than a year old. If this holds up, then we will have a pathway to the prevention of this horrible affliction.

MISSOULA – A University of Montana researcher and her collaborators have published a new study that reveals increased risks for Alzheimer’s and suicide among children and young adults living in polluted megacities.

“Alzheimer’s disease hallmarks start in childhood in polluted environments, and we must implement effective preventative measures early,” said [Dr. Lilian] Calderón-Garcidueñas, a physician and Ph.D. toxicologist in UM’s (University of Montana) Department of Biomedical and Pharmaceutical Sciences. “It is useless to take reactive actions decades later.”

Overall, the authors have documented an accelerated and early disease process for Alzheimer’s in highly exposed Mexico City residents. They believe the detrimental effects are caused by tiny pollution particles that enter the brain through the nose, lungs and gastrointestinal tract, and these particles damage all barriers and travel everywhere in the body through the circulatory system.

It’s terrible to think that we might be condemning newborns to a horrible death before they’ve even begun to live, but it’s encouraging to realize that we have a potential solution right in front of us.

I knew it! All those hours I spent gazing out the window weren’t an indication of my bone-lazy inattentiveness at all. They were showing how smart I am. Yeah! I knew it.

The online science magazine, Eurekalert!, tells us about a paper published in the journal Neuropsychologia. It’s about a study about daydreaming and cognitive ability.

A new study from the Georgia Institute of Technology suggests that daydreaming during meetings isn’t necessarily a bad thing. It might be a sign that you’re really smart and creative.

Those who reported more frequent daydreaming scored higher on intellectual and creative ability and had more efficient brain systems measured in the MRI machine.

So, there you go. Next time someone upbraids you for wool-gathering, tell them it’s because you’re smarter than they are.